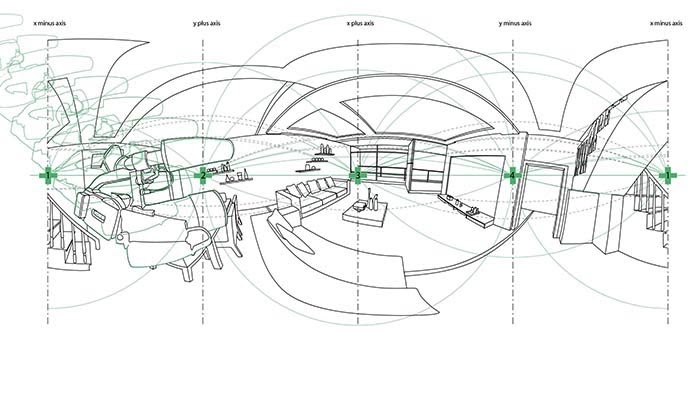 The site in this scenario is the famous Trellick Tower in London by Erno Goldfinger. At the time it was conceptualised as a vertical city allowing the inhabitants to form an urban community but similar to the novel High-Rise by J.G. Ballard, soon a dystopian image emerged from the planned residential order. The narrative of a distorted perceptive architecture is informed and informs the scheme and constantly shifts the viewpoint from an immersed spectator to an external visitor. This creates an architecture from the within utilising the cinematic experience of the ubiquity of n-dimensional space, embodying the character, the narrative within the formal expression.

Narrating Embodiment is a project that explores the boundary of experimental architecture, attempting to design and understand a cinematic zone-like space – a chthonic landscape that allows the architecture to be projected and fused within a site specific narrative. The projects transcends through functionalism and rational static description; merging instead perception with story and time with projection.