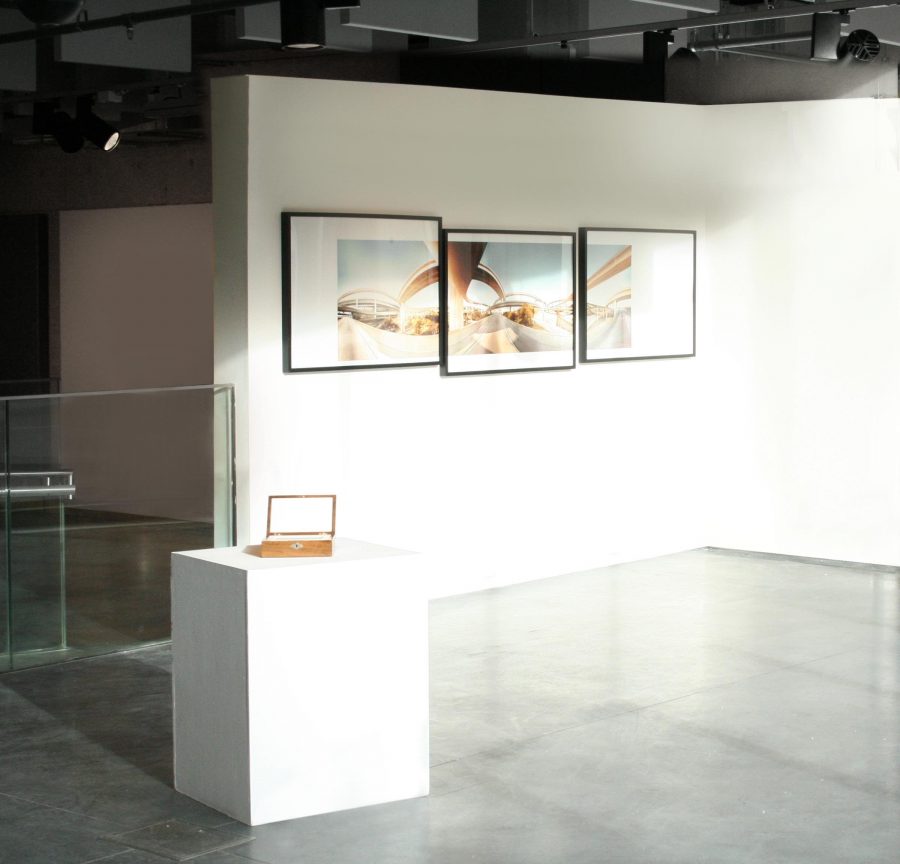 We have been invited to participate in a show with the artist Steve Johnson as part of the Stephen Lawrence Gallery’s art and architecture series, which juxtaposes architectural and an artistic approaches.

The close vicinity of the Greenwich meridian fits almost too perfectly for showing a ‘compass’ work: footage of a 75 min car journey filmed by a 360° camera is shown in two versions: once projected on the North-North-West wall of the gallery with the entire footage forcedly facing that direction (unfolded panorama version); and a portable version on a small monitor in a wooden box, which is also forced to always face north as an architectural site drawing usually does (little planet version).

The tryptich consists in a collage of Google Street View screen captures of a Los Angeles Interchange arranged into an impossible view of the same interchange and emptied from human presence.