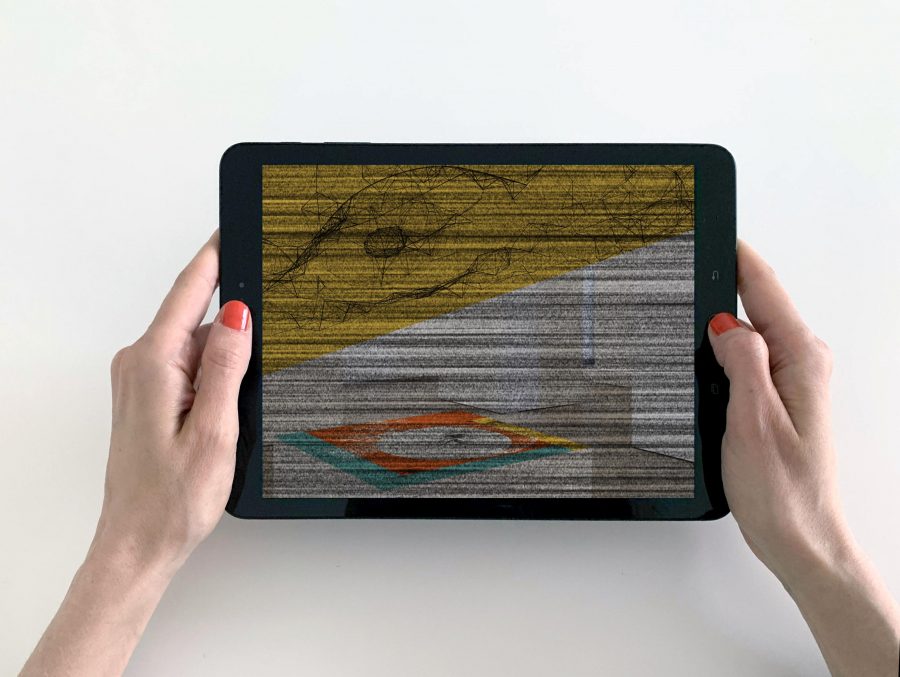 Ineviatable time lags in the usage of an augmented reality app are at the focus of this work that interprets the frame drop of the video screen held by our hands as a form of saccade, a jerky eye movement phenomenon.

At the end of the 19th century, the French ophthalmologist Emile Javal observed quick eye movements during the process of reading. A reader focuses on a part of a word to then jump over a guessed, not-scanned portion to ultimately find a new focal point. On a more general level, these saccadic eye movements play a critical role in the three-dimensional understanding of space. Many animals, including humans, do not look at a site in fixed stasis.

Instead, when observing the immediate surroundings, both eyes perform rapid, simultaneous movements between phases of fixation. Offering the highest resolution vision, the central part of the retina moves in saccades about the scenario to scan it.

Scientists disagree whether the eyes actually do or do not see during a saccade. In app space, three films are placed in such a way that the entire setting can not be seen from a single perspective – the tablet or phone needs to be moved in order to explore the augmented landscape and produces time lags, or saccades.