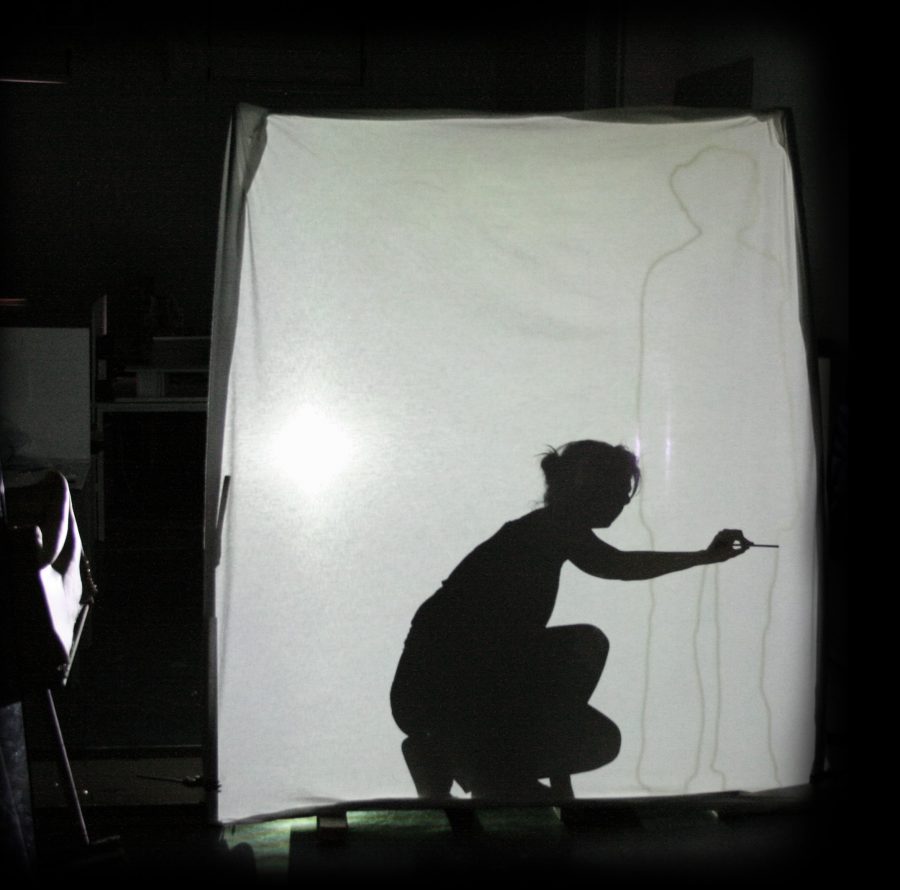 mixed media project/animation 1:00 min – This film is neither a drawing nor a performance. It shifts between categories.

The actual boundaries between various media – such as movement, video , animation and pro­jection, which all were involved within the construction of the film – are blurred. Video is used to capture moments in time – the digital film shows three outlines, one evolving after each other and because of each other. It is about a one-directional process that is taking place again and again.